We’ve seen various hi-tech luxury cars equipped with advanced features and technology, but automotive designers are still not happy with cars running on roads. As futurists have already dreamed of cars that could take off like an airplane. There’s one US-based company called Terrafugia, which has been planning and working for years on development of the TF-X flying car.

Terrafugia has revealed this amazing car concept back in 2006 and now upgraded its previous conceptual version. However, the latest TF-X comes with electric ground drive and electric power assist for smooth taking off and landing.

The company has recently unveiled the look of their upgraded TF-X flying car that looks like a sci-fi vehicle from any fictional flick. It’s a two-seater driverless car that comes with attached wings equipped with motor pods to turn car into airplane and vice-versa in mere seconds. These wings uses one megawatt power to unfold helicopter-like propellers for lifting the car off the ground.

This flying car consists of computer-controlled flight that needs user’s input for moving to their desired location. It contains 300 horsepower engine that runs with a cruise speed of 200 MPH to cover 500 mile range. The one-tenth scale test model of the vehicle will soon be tested at MIT Wright Brothers wind tunnel. There it will be tested to measure drag, lift and thrust forces for smoothly flying in mid-air. 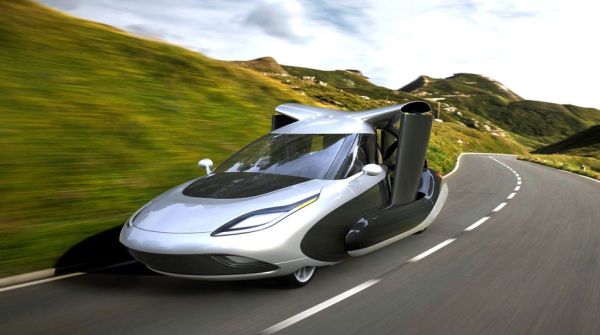 Terrafugia TF-X is still in concept phase and needs lot of work and testing for development, which will take nearly 8-12 years. This is fair enough because even Google’s driverless car is reportedly causing accidents. So a flying driverless cars is beyond imagination for now. Honestly, we are still not ready for a flying car, unless proper advanced technology is developed.