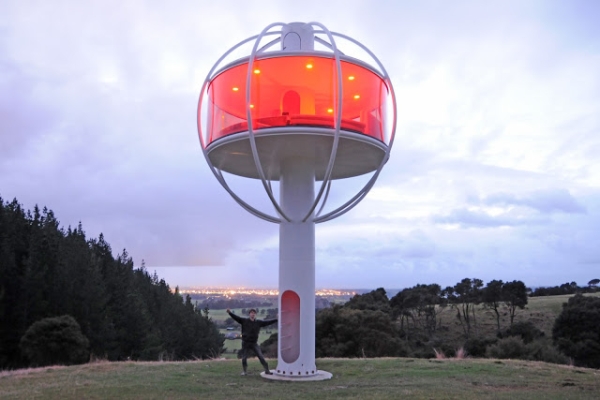 Every man wants a personal space surrounded by high-tech gadgets, playstation, comfy recliner and refrigerator full of beer. How about a man cave that gives you more than you imagined? Well, New Zealand-based engineer and inventor Jono Williams with the help of his mate Grant Ramsay has created unique voice-controlled man cave, Skysphere.

This 33-feet tall and 270-square-feet bachelor’s pad in mid-air looks like a spaceship from another world, and equipped with perfectly-engineered glasswalls to provide 360-degree views. A companion Android app syncs the owner’s smartphone with the smart home to be voice-controlled, effortlessly. The hi-tech condo boasts exquisite smart home amenities such as built-in automatic beer system, LED lighting and custom furniture, all controlled by voice command. 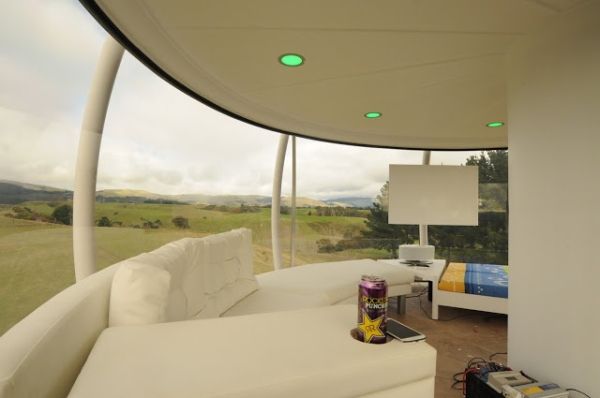 The smart beer cooler is embedded with a coaster that can serve chilled beer to you, while you’re relaxing on couch. Apart from that, the couch beer dispenser can also send you texts when running low. To access the spherical abode, the owner as well as guests need to enter through a motorized door that activates via fingerprint recognition. Moreover, it welcome guests by name due to its computer-generated voice dialogue box. What else one could ask for in a hi-tech man cave? 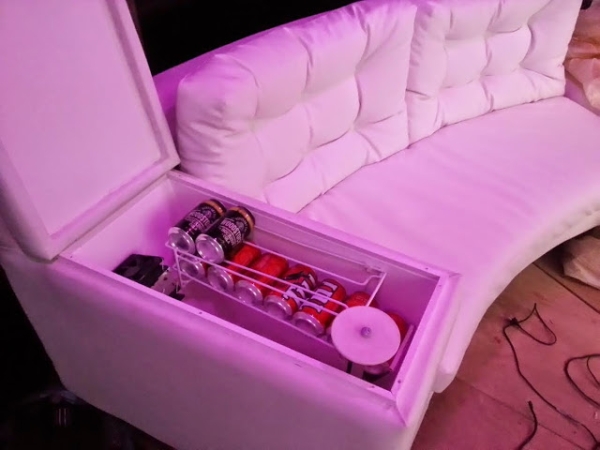 In an interview, Williams said:

Initially my plan was to build some sort of structure in a tree or between multiple trees. After fighting with designs for months – trying to come up with something that would be completely robust (would not get damaged by forces applied to trees in high winds and the natural tendency for trees to grow), I let go of the idea of building the tree house in the tree – why not support the structure by a huge steel column that you can fix virtually anywhere? 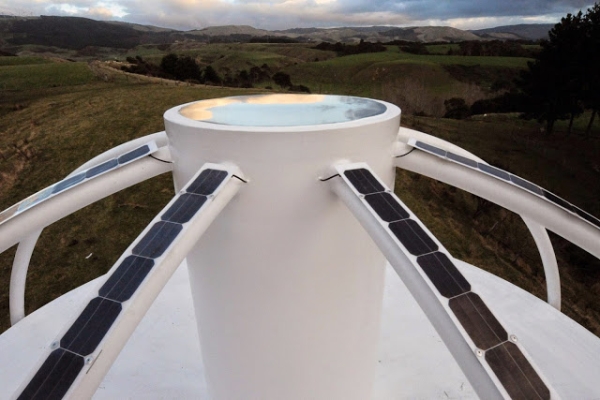 Skysphere is entirely installed with solar panels to convert sun energy into electricity, so it doesn’t rely on external resources for power. Williams has completed this ultimate $50,000 structure after three years and 3,000 man hours of work. As it’s a mobile unit unlike conventional retreats, so Williams is planning to move it to some seaside location and build tiny home underneath this novel condo. It is indeed the best man cave we’ve seen so far. 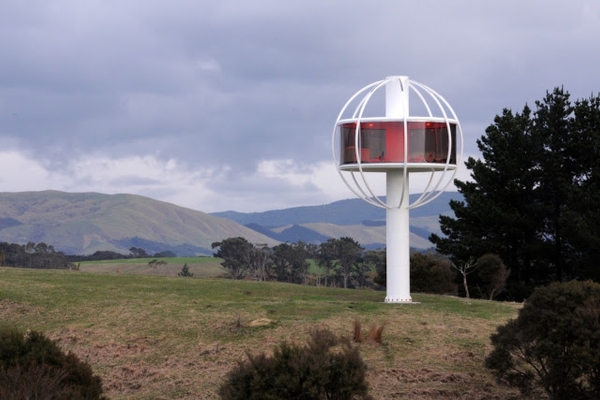