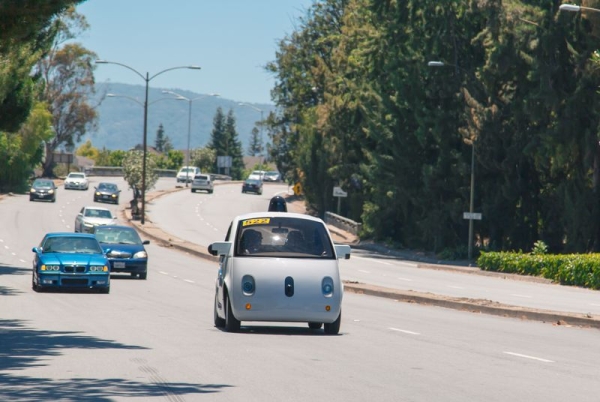 Self-driving robotic cars are no longer futuristic, as many renowned car brands like Audi, Volkswagen, etc. have already launched their autonomous car models. Google has also joined the club; with the launch of its prototype self-driving car in 2014 (Google first began working on autonomous car model as far back as 2010).

For more than a year, most of us are aware about the rounded, goofy-like exterior of Google’s latest self-driving car. But recently, Google allowed people to peek inside its self-driving car at Community School of Music and Arts in Mountain View, California. 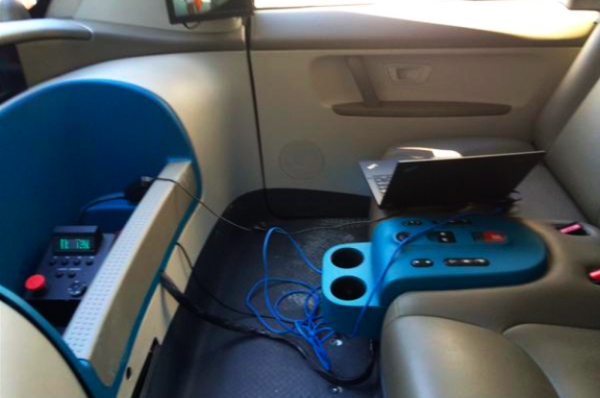 The prototype vehicle was brought here to let local visitors test-drive the robotic car with no steering wheel and pedals, but boasts a surprisingly spacious seating area with enough storage space to stock your personal belongings.

This toy-like yet functional car flaunts a fancy interior covered in white plastic and blue upholstery. The seats are cushiony for extra comfort and include two cup holders, which means there’s enough space for the owner to relax, without any fear of road accidents. However, a red button at front is to stop the vehicle during an emergency. 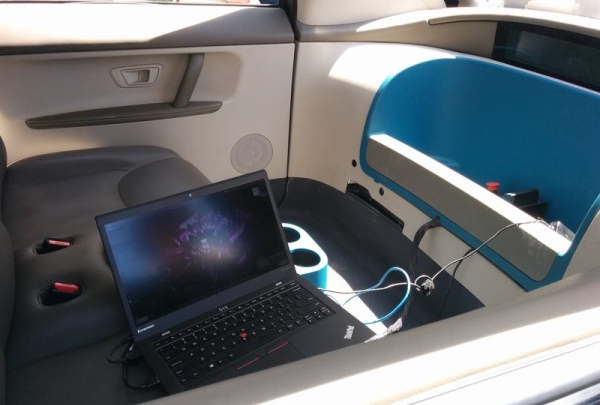 After looking at the above image (showing lot of wires inside), we’re assuming that the car features plenty of ports for charging your gadgets on-the-go. The car was unveiled as part of the project called ‘Paint the Town.’ For the project, Google is inviting local artists to submit their art to be featured on the prototype driverless vehicle. Hopefully, soon we’re going to see the Google’s new self-driving pod car in parking lots, flaunting artistic silhouette. 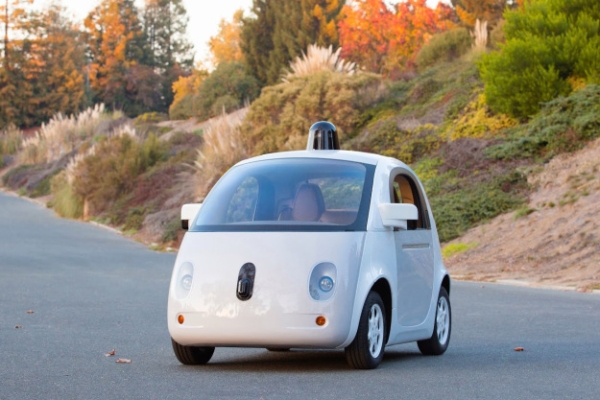