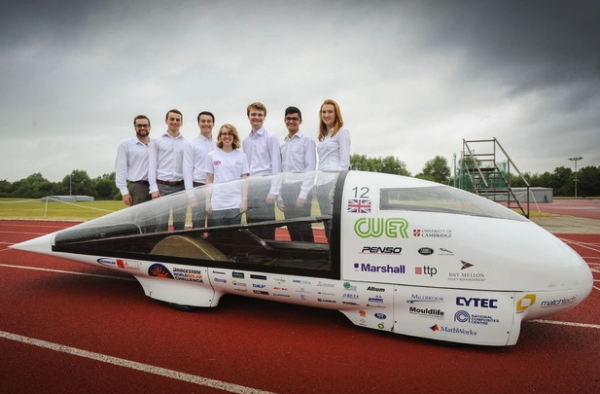 Solar-powered electric cars are certainly the future, that’s why various engineer and designers are constantly working on manufacturing of such eco-friendly automotives. Living up to the concept, a team of Cambridge University students has recently unveiled their latest sun-powered racing car called Evolution to highlight the potentials of electric-powered vehicles. 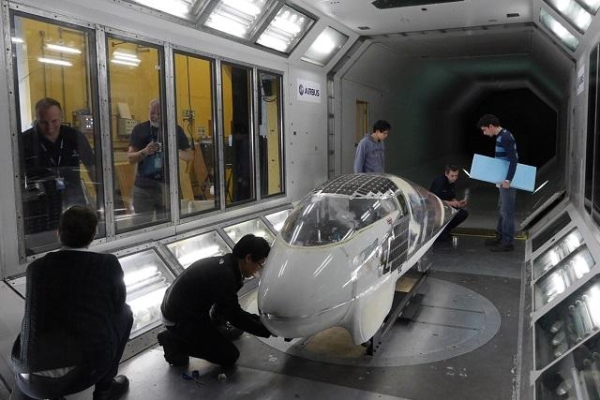 As the name indicates, the racing car is designed to bring evolution into the world of green electric vehicles. Sixty students from Cambridge University Eco-Racing Team (CUER) have created this car powered by sunlight to enter the Bridgestone World Solar Challenge in Australia.

Since 1978, the World Solar Challenge takes place in Australia to find out potential for engineers and designers in creating eco-racing cars. Each entrant in the competition is required to enter a car that is powered by the sun.

To compete with the challengers, the Cambridge University Evolution is designed to make the most of sun energy by converting it into high speed acceleration. Thus, it’s certainly better than its predecessor, which was forced to pull out of the 2013 contest after it crashed during pre-race testing.

Weighing 180kg and gaining energy via solar panel of 2.36 square meters, the high-end solar racing car is able to convert sunlight into high speed of up to 70mph (112km/h). Before the competition, the eco-car has to undergo a pre-testing phase.

After clearing the test, the Cambridge’s Evolution will be a facing fierce opposition- as 50 cars will be taking part in the event in October 2015. However, the design and green electric engineering behind this particular solar car are certainly going to take future electric cars to next level.