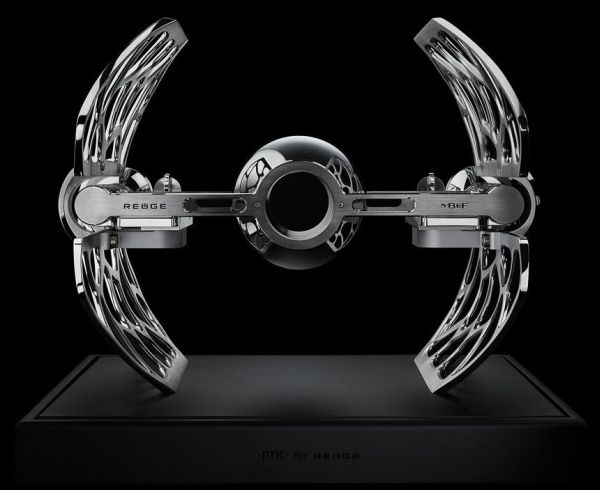 Ever since the release of first Star Wars flick back in 1970, the collection of merchandise and Comic-Cons related to the sci-fi movie are popular among its fans. Various designers often come up with unusual products to pay homage to this epic sci-fi movie. However, this time two Swiss companies MB&F, watch manufacturing company, and music box maker Reuge have collaborated to create a splendid TIE fighter-inspired music box dubbed MusicMachine3. 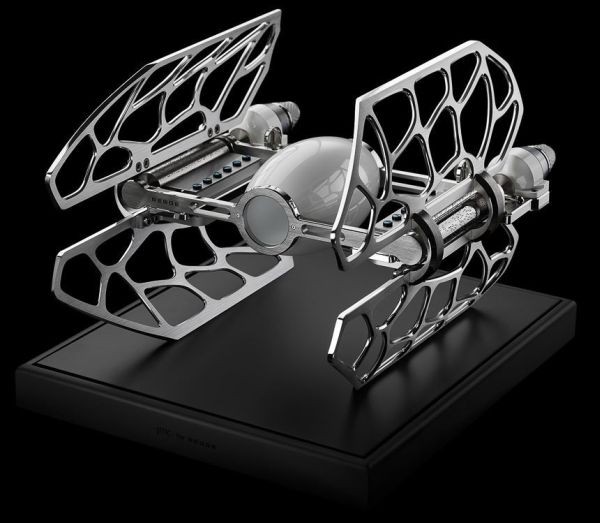 As the name suggests, it’s the third in a trilogy of spaceship-like music boxes produced by MB&F. The latest music box is brilliantly handcrafted by designer Maximilian Busser from MB&F. The music system hides two mechanical music playback systems in rear of the Darth Vader’s Fighter. It uses keys, cylinders and latticed wings to play not the entire songs but only six classic theme tunes from epic Hollywood movies. 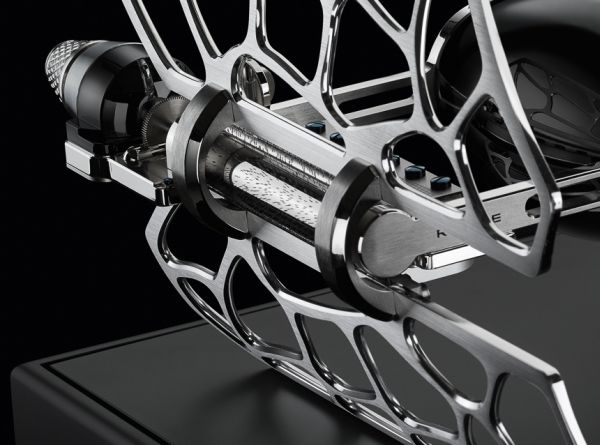 On turning its thruster to the right, you’ll be able to hear tunes from Star Wars, Mission Impossible and James Bond. When turned to the left, the system plays The Godfaher, Mery Christmas Mr. Lawrence and The Persuaders themes. Isn’t it amazing to have a Star Wars-themed music box that also plays music from other classic movies as well? 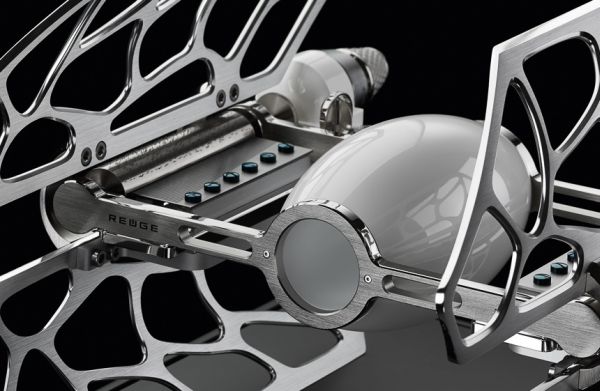 The best thing about this mechanical marvel is that its gorgeous X-wing fins help to propagate its sound. So it is not just a conventional Star Wars-inspired home decor object, but a superior quality musical device too. Being a limited edition music box, only 99 pieces of this hi-end gimmick are available in three different finishes i.e. 33 in white, 33 in blackand 33 in chrome.
We’re not sure where you can order this geeky music box, but it’s surely available for a whopping $18,000. This clearly means only filthy rich geeks will be able to get their hands on this exquisite marvel. 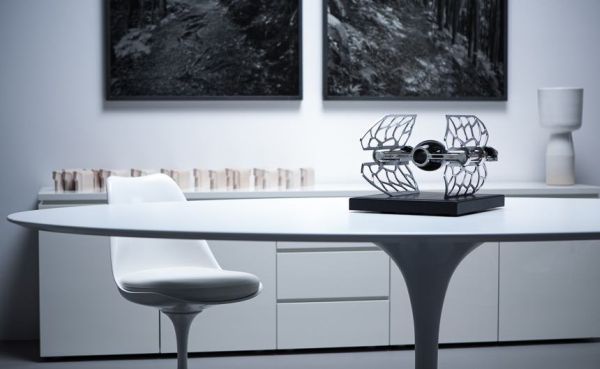