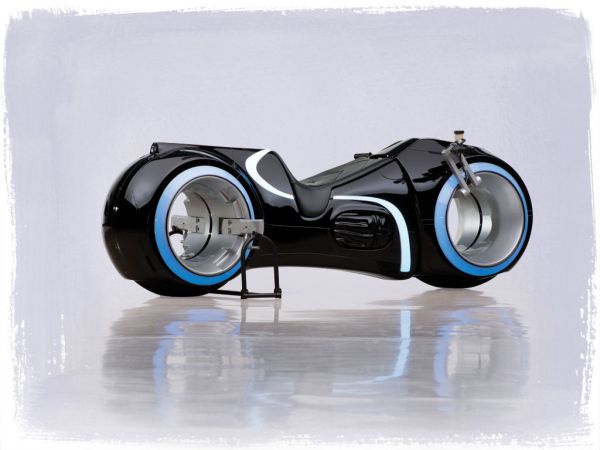 Tron: Legacy, the 2010 American science fiction film might have faded out from our memories pretty fast but the Light Cycle still excites us as anything else. Since that time we have seen numerous replica of the Tron Motorbike produced around the globe. Here is another one, a fully functional replica of the Tron: Legacy motorcycle which will be up for auction at RM Sotheby’s in Texas on Saturday, May 2, 2015. The custom built Tron bike is an ultimate homage for any fan and is expected to fetch between $25,000 and $40,000 at the auction. 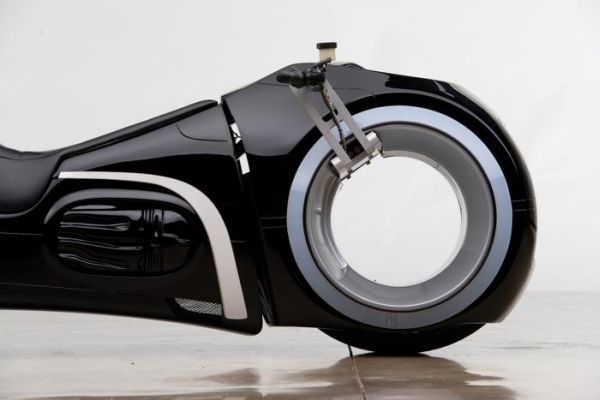 The fully functional custom electric motorcycle was built especially for the Andrews Collection and will be auctioned along with more than 75 vehicles from one of America’s biggest car collections. Partially built by an outside firm, the bike has been completed in Andrews’s own shop. The motorcycle is finished in white and black stripe and features a very low seat height of 28.5 inches which makes it easy to ride even at low speeds. After its completion in 2012, the Tron Light Cycle replica has only been ridden around the Andrews facility in order to keep it in a working condition. 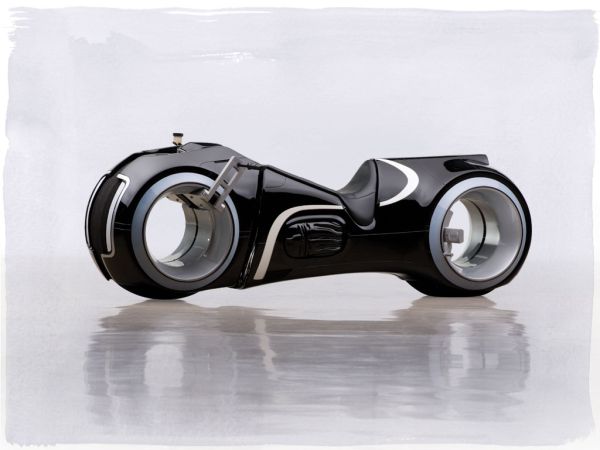 The custom electric motorcycle packs a 96 volt, direct-drive electric motor with lithium batteries and a computer-controlled throttle. The Tron bike features front and rear hydraulic brakes along with rebound and compression damping with spring-preload front suspension and rigid rear suspension. 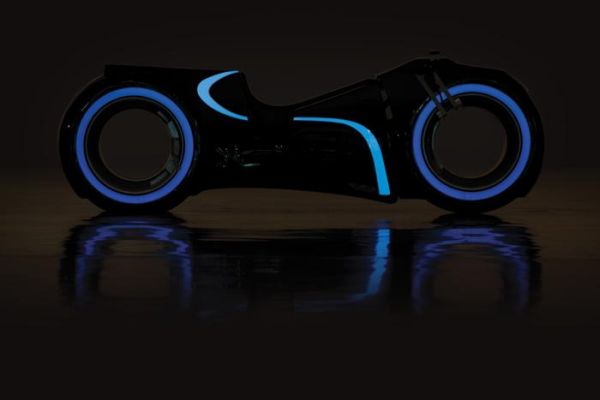