Evan Bacon, a 14 year old teenager is a Lego aficionado and artist. He is also a great lover of comic characters and has combined his love for them with his Lego passion to build some amazing LEGO superhero creations. 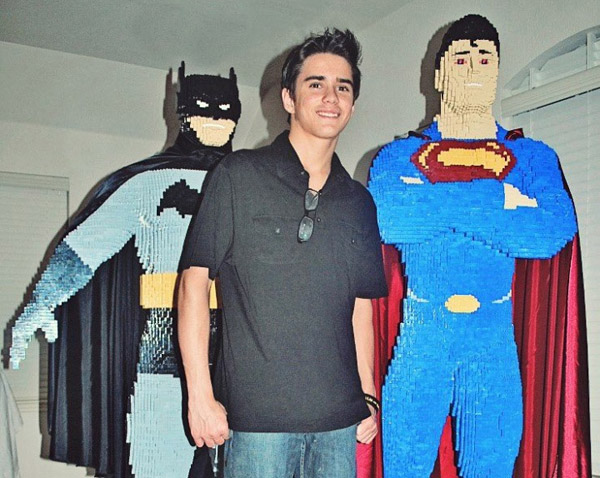 The design of the Lego Superman model is based on Henry Cavil’s Superman look from the upcoming “Man of Steel” movie. About 18,000 LEGO bricks were used to create the model which weighs 110 pounds.

It took Evan about 100 hours to construct this life size LEGO superman which features cool LED eyes. He will be showcasing his sculpture at the Brick Fiesta in summer and it will also be featuring in a book by author Sarah Herman entitled Extreme Bricks.