RM Auctions is offering two remarkable vehicles for auction on December 1 at the Cars of Dreams Museum. The vehicles are a 1966 Chevrolet “Batmobile” Recreation and Original 1966 Yamaha “Batcycle” belonging to John Staluppi Collection.

The Batmobile used in 1966–1968 live action television was originally a concept which was designed and built by the Italian Ghia studio in 1954. It was based on a 1955 Lincoln Futura which debuted at the Chicago Auto Show. Ten years later, George Barris customized the Futura in just three weeks to create the iconic crime fighting machine. 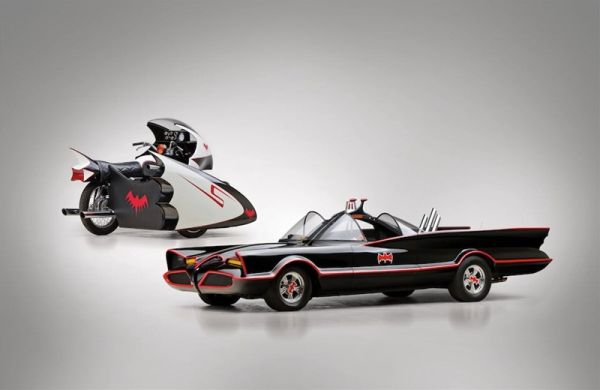 Featuring Autographs of Adam West, Burt Ward, Lee Merriweather, and Julie Newmar, the Batmobile is packed with Chevy V8 engine, Turbo 350 automatic transmission GM, independent suspension and carburetor Weber. Some of the gadgets on the vehicle are Bat Ray projector, an anti-theft device, a Detect-A-Scope, a Batscope, a remote Batcomputer, a Bat Eye switch, an antenna activator, a police band cut-in switch; an automatic tire inflation device,  a radio linked to the main Batcomputer in the Batcave, the Batphone, an emergency Bat-turn lever, an anti-fire activator, Bat smoke and a Bat photoscope.

The Original 1966 Yamaha “Batcycle” is also very impressive and is in good condition. Based on Yamaha Catalina 250, the Batcycle was built by Kustomotive and first appeared in 1966 Batman film. It shows 8,250 original miles on the odometer, features an impressive chase car and retains almost all of its original components. 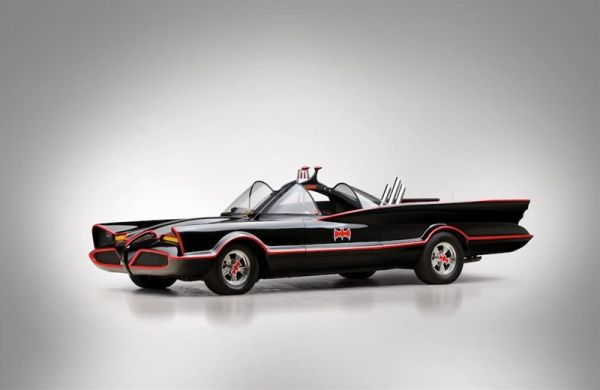 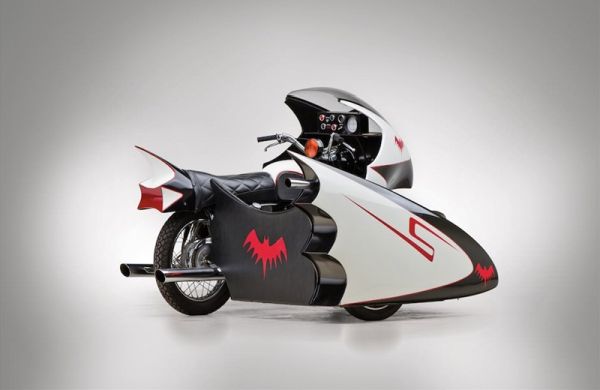 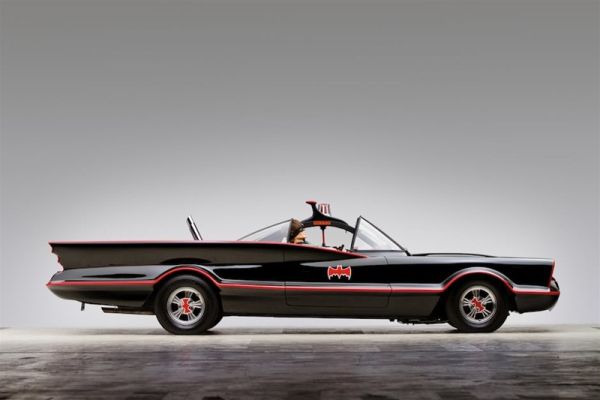 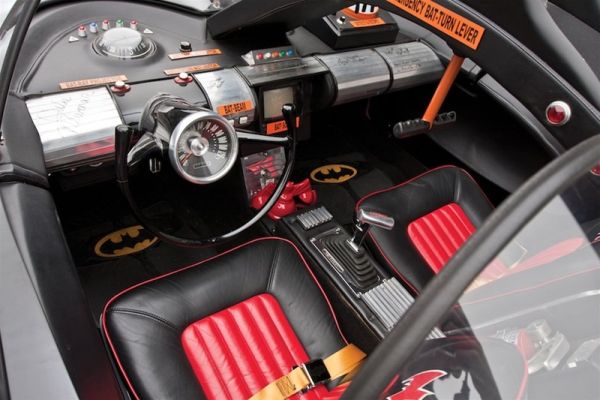 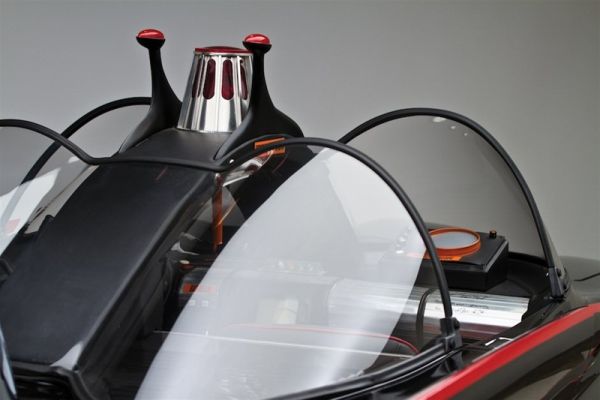