Author of famous Harry Potter books, JK Rowling is bringing her imagination and creativity out of the world of books to her garden as she has decided to build two magical inter-linked treehouses for her son and daughter.

Each treehouse will be 12 meter high and is rumored to cost around £250,000 and will resemble Hogwarts School of Witchcraft and Wizardry of the Harry Potter films. The two-storey buildings will be constructed in the garden of the author’s north Edinburgh mansion for which she has had seek permission from Edinburgh Council. 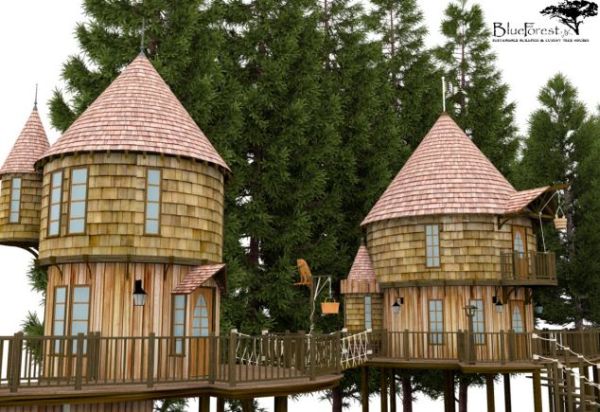 The custom built treehouses will be featuring trap doors, secret tunnels, spiral staircase, bay windows and will be connected to each other with rope bridge.

For making a quick escape from the house, her nine year old son can use a trap door and fireman’s pole, while her seven year daughter can get out by using a spiral staircase or stainless steel slide. 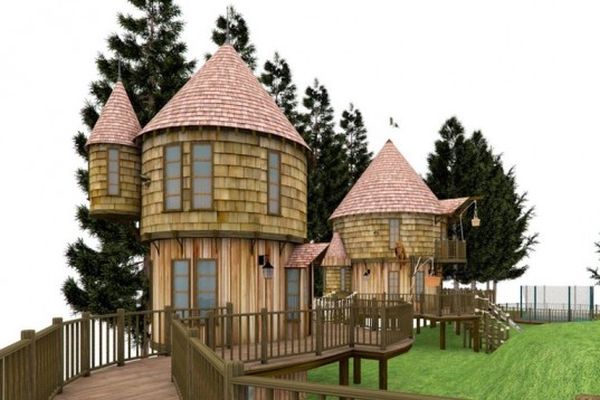 The kids will also be getting a trampoline built on a specila deck to play and one of the houses will be featuring owl perch and other a nature box for birds to rest in. 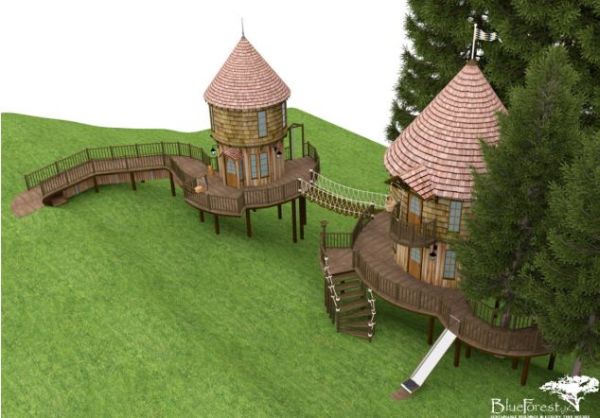